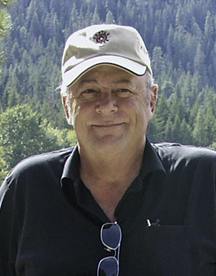 Joe Velázquez’ fascination with the emergence of our nation has led him to the exploration of the many stories that occurred during this short but colorful time in history.  His focus is primarily on the fur trade era encompassing the Mountain Men, Voyageurs and the northern Native American cultures.  He is diligent with the historical accuracy of the accouterments used in depicting the stories of this period in time while portraying the passion and tenacious spirits of the characters who traveled those trails.

During the early years of his career, Joe worked in several mediums: bronze, charcoal, pastels, water colors along with oil paints.  As the years passed, the demands of multiple mediums caused him to focus on oil painting even though he had a great love for the others, especially bronze.

Joe is an avid student of history spending many hours of research in the design of each painting.  His library is extensive.  His consultants are acclaimed experts in their various fields of historical focus.  Joe travels to various historical sites to explore the life style of the people whose story he will ultimately tell.  He has established close relationships with many re-enactors who relive, with passion, a period in by-gone years that is known only in history books or loosely depicted in docudramas.

Velázquez began his journey as a creative thinker very early in life.  While his father was away from home during World War II, his mother would treat him with crayons and paper when she returned from her shopping trips.  His penchant for art was reinforced throughout his high school years as he was sought after by acquaintances to create drawings of family members, sweethearts or movie heroes.  Joe earned money for college by creating architectural delineations for local builders.  These endeavors would play a significant role in his future as a professional fine artist.  The accurate creation of the visual representation of a proposed building from floor plans, gave Velázquez a succinct understanding of perspective and an objects relationship to its environment.

Joe studied art at Colorado State University in the early 60’s and was significantly influenced by one of his instructors, John Sorbie.  He was a tremendous motivator for the serious student of art.  Joe reflects, “When I took his courses it was as though he lit a rocket and I was riding it”.

Joe considers himself a “student for life”.  The creative process of telling a story on canvas encompasses extensive skills and knowledge which need continual enrichment. He is inspired by great masters such as Dunn, Remington and Russell – including contemporary masters like James Reynolds, George Carlson and Howard Terpening.  Joe does not want to replicate the painting style of any artist but does find it inspiring to study their processes and philosophy of paint handling and color management.  His library contains many books about early and contemporary masters including such artists as Fechin and Klimt.  He has a DVD library of training sessions including artists Ken Auster, Morgan Weistling, Richard Schmid, Jim Wilcox and Scott Christensen.  Joe finds the understanding of the diversity in artistic styles essential to his establishing his own unique painting style.

Velázquez also enjoys plein air painting as an exercise for the analysis of nature’s palette.  He feels there is no better way to study true color than being outdoors experiencing and observing the elements of nature at work.

Joe’s creative passion is the exploration of the human spirit … whether it is a by-gone moment in history or a snippet from yesterday’s fare.  His personal challenge begins as he envisions the role light, shadow and shade will play in the accurate depiction of the scene emerging from his canvas.  The play of light is what causes the mystery of form and shadow to become a visual feast, an emotional experience.  Velázquez’ use of color depends on the ambiance of the story to be told. Sometimes his color usage is very bold and brilliant.  Other times it is soft and monochromatic.  The emerging story dictates the palette.

Joe’s paintings are more than the telling of a story.  They are a reminder of the fragility of the world and its people we treasure.  When a painting is complete, Velázquez judges its success by the emotion it evokes from the viewer.

US, Canada and Europe.