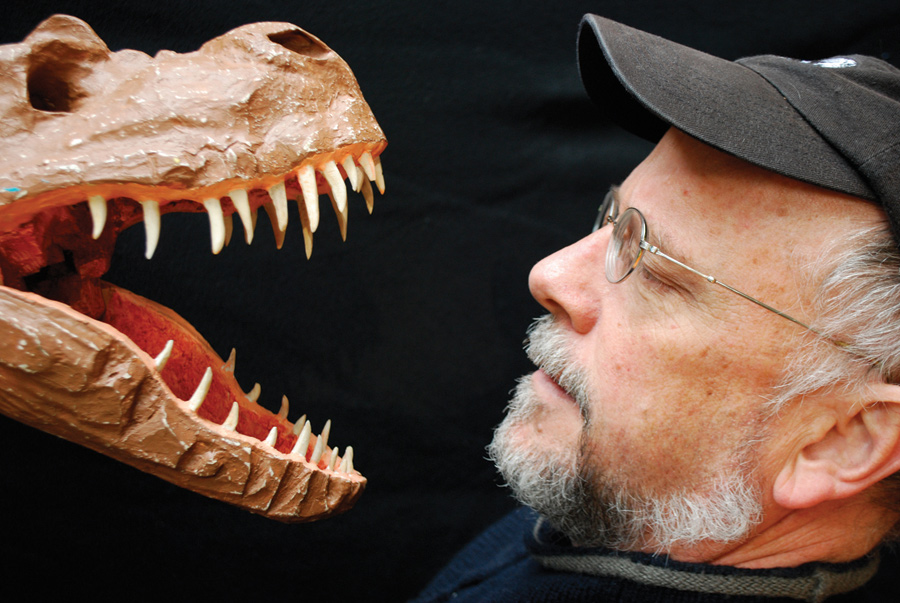 Richard’s scientist father explained, “You can’t get there. That Shangri-La of cool water, shade, and imaginary creatures is an optical illusion.”

Watson’s mise-en-scène is now Port Townsend, surrounded by water and shade. And the imaginary creatures? “As a children’s book author and illustrator, my days and nights are filled chockablock with them.”

His Alma Maters: Burbank Elementary, Elliot Jr. High, Pasadena High School, Pasadena City College, Art Center College of Design, and museums around the world where he routinely sets off alarms by peering too close at the original paintings. “You feel and learn so much looking up close at Van Gogh’s brush strokes.”

Once while camping on the beach above Mendocino, California, Richard and his new bride climbed out of their leaky tent at the nudge of dawn.  A grey whale lolled about in the sea foam just off shore. They studied one another and dove down deep into each other’s eyes. “First we made small talk,” Watson mused. “Then, we made big talk.” It changed his life.

From that moment on, Richard knew that he wanted to combine his love of art with his love of literature.  This played out in the visual storytelling of picture books.

“But as my mother often quoted, ‘There’s many a slip twixt cup and lip.’” Indeed it was a circuitous path to finally getting published. Having a family to feed, plunked him into many different jobs, from milking cows, to shoveling you-know-what, from picking apples and driving tractors,   to arc welding, carpet laying and being a mail man.

Watson eventually became a graphic designer for World Vision International, and then an artist for Hallmark Cards.  All the while he dreamed of making children’s books.

After attending an SCBWI (Society of Children’s Book Writers and Illustrators) conference, Watson got his chance to illustrate James Dickey’s epic poem, Bronwen, the Traw and the Shape-shifter, which was published in 1986.

“Making children’s picture books is a labor of love and craftsmanship. It takes way more work than people imagine, but it is profoundly fulfilling.”

From a love of books in the Watson home, has come forth other authors and illustrators. Son,Jesse Joshua is now also writing and illustrating picture books.  Here are some of his books : These Things I Wish, Chess Rumble, Hope For Haiti, the Hank Zipzer series and Black Dinosaurs series.

Watson’s youngest son, Benjamin James, is now a published author as well, collaborating with his father on The Boy Who Went Ape.  The Watson’s daughter, Faith Pray, has recently completed a novel and picture books her agent is shopping around.