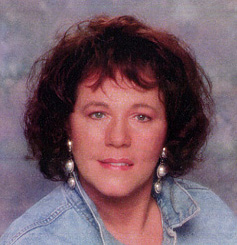 The vibrant paintings of Linda Thompson are chapters from the ever-unfolding story of nature; an exciting blend of her artistic talents, keen powers of observation and genuine love and concern for her marine mammal subjects.

Nature’s relationship with man is often a dramatic one. Linda’s realistic paintings take us a step beyond what we customarily see on the surface. Her perspective is to take you into the water, into their world and show you animals and events you’ve never seen before.

We all live too fast and don’t take the time to see the little dramas in nature. . . the way it takes care of its own.

A native of Ohio, but long-time resident of Florida’s Gulf coast, Linda left the commercial art world in 1986 to begin telling her wildlife stories in paintings. Her primary focus had been the underwater world of marine mammals, the ocean and its varied sea life. From the manatee and its precarious future, she had gone on to depict other sagas in the link between the natural world and man, trying to show the wonders of wildlife above and below the surface of the water and to tell its tales.

When man makes waves, the habitats of myriad sea life must withstand the consequences. Linda’s insightful acrylic paintings often depict the ripple effect caused by man interacting with the sea.

We all talk about saving whales, but Linda’s art will show you what magnificent beings they are, their grace and power, and a glint of a soul in that bright shining eye. Linda’s images come alive on canvas ready to leap into our world. Her treatment of water and light creates a feeling of movement and depth that is liquid and real. Linda created in acrylics on canvas or board.

Published by Mill Pond Press, Linda’s first print called “Gentle Giants”, a manatee mother and calf, began her journey beneath the water where bright colored reefs, sharks and dolphins live out their entire lives. Linda will take you into a world where a humpback whale might encounter a group of Penguins or a coral reef blooms with hundreds of life forms.

Linda was a member of the Society of Animal Artists. Her originals can be seen in galleries along the Gulf and Atlantic coast states; her prints can be found in galleries from Florida to Alaska.

“My goal is to capture a scene, tell a story, then leave you feeling that you’ve been there and will come back again.”

Poignant, powerful, the paintings of Linda Thompson are chapters of nature’s ever-unfolding story, told with the loving eye of an artist who blends artistic talents with a keen awareness of the natural world, which is a constant source of inspiration for her. From marine mammals to a pile of sleeping wolf pups, capturing unforgettable realism is her goal. Linda hopes that her work will connect the viewer with the essence of the animal.

After succumbing to a life-long battle with breast cancer at just 57 years of age in 2010, Linda leaves a legacy of caring for people, animals and our environment.  She is dearly missed by her family, friends, and art lovers around the world.  .