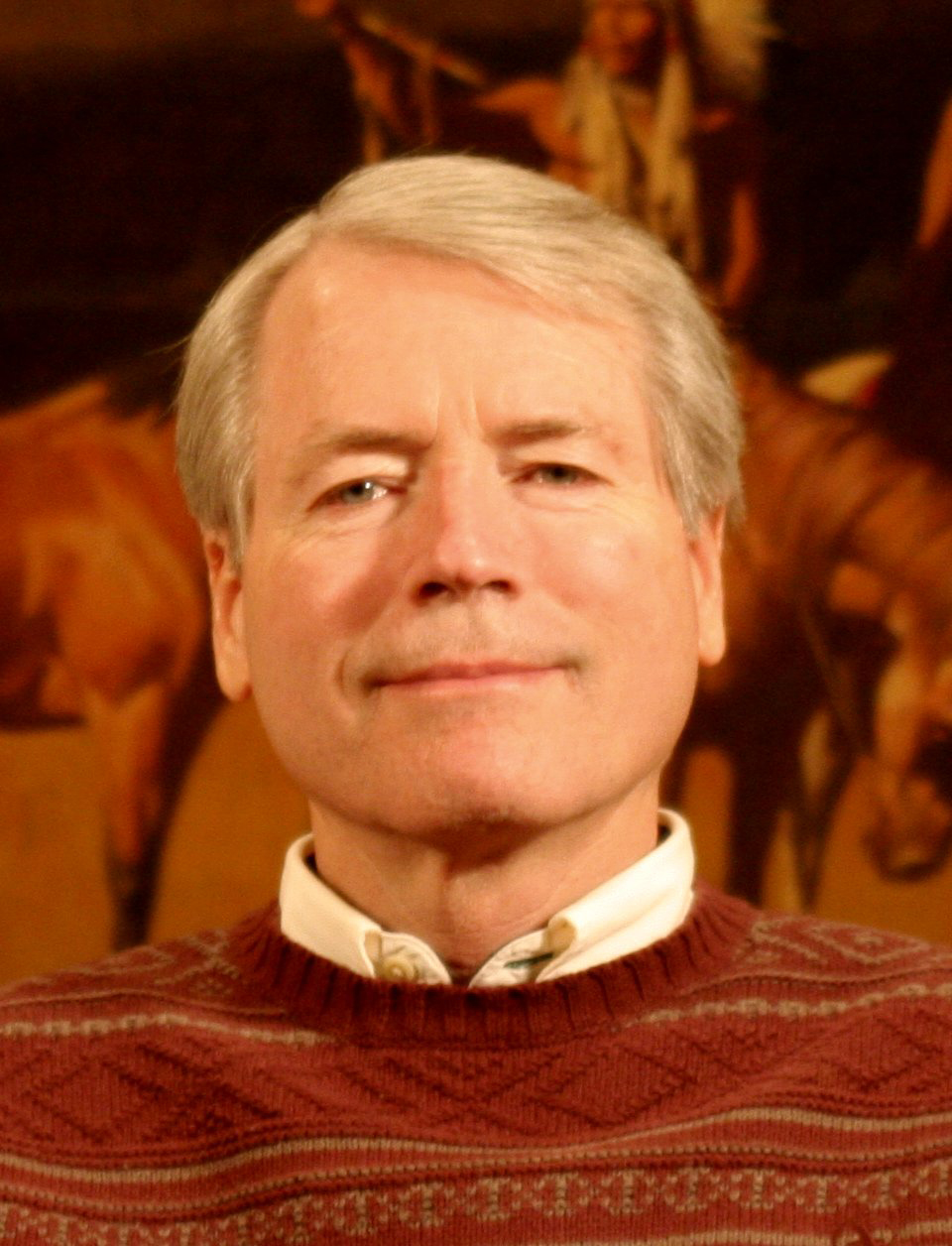 Born in 1948 in Salt Lake City, Utah, the son of a professional writer and amateur artist, David Mann grew up in a creative environment accompanying his father to art shows, museums and on painting expeditions.  His father’s love of history and Western lore were imprinted on Mann as he developed a strong interest in Indian cultures and Western art.  He studied their histories, made replicas of their clothing and artifacts and enjoyed the magic that in his mind has always surrounded Indians.  As a child, he collected whatever Remington and Russell prints he could find, along with books illustrated by Will James, Paul Brown and Wesley Dennis.  A unifying thread of focus throughout Mann’s life has been his interest in Native Americans, horses and art.

Living in Arizona and New Mexico provided opportunities of working and living with San Carolos Apaches, Navajo and Pueblo tribes which left and indelible image of the Indian deep in his mind.  David came to know the Indians as introspective individuals, serene yet vulnerable.  Although attracted by their color and ceremony, he does not look upon them as decorative or showing figures.  He portrays them as patient dignified people unrushed by time and place. David does not seek to reproduce a moment in history or enter an unreal world, but rather would portray the aura of Indian mystery, color and magic within the framework of the believable impressions of his mind. Using Indian people as models, Mann seeks to capture that personal “moment of truth” in his paintings, paying careful attention to the details of clothing, saddles and jewelry.

David studied art at Weber State College, then worked as an artist for the State of Utah until his desire to express his impressions of the Southwest overcame the security of State employment.  The move to gallery art in 1983, although filled with challenges, has proved to be a happy one.

Mann has been an annual participant in the Altermann Galleries and Auctioneers sales and auctions and the Prix de West Invitational Art Exhibition and Sale in Oklahoma City, Oklahoma as well Masters of the American West at the Autry Museum of the American West in Los Angeles, California.  He has been featured in Art of the West, Art-Talk, Southwest Art, Persimmon Hill and Western Art Collector magazines, and is happy to be part of the Booth Museum Collection.  David Mann is represented by Legacy Gallery, Scottsdale, Arizona, Jackson, Wyoming and Bozeman, Montana.